Following our recent ranking of the Queen of the Stone Age albums, Josh steps in to defend their overlooked masterpiece: Lullabies to Paralyze.

When it comes to picking the best Queens of the Stone Age album, the conversation normally boils down to two records: 2000’s alternative classic Rated R; and 2002’s hard rock mega hit, Songs For The Deaf. Some fans also pick their 1998 self-titled debut, and 2013’s …Like Clockwork seems to have reignited the interest of old and new fans alike. No one thinks it’s Era Vulgaris (2008)—and, if you do, you’re wrong! An album that seems to be unjustly overlooked however is 2005’s Lullabies to Paralyze, which is not only a terribly underrated record, but just might be the band’s strongest collection to date. 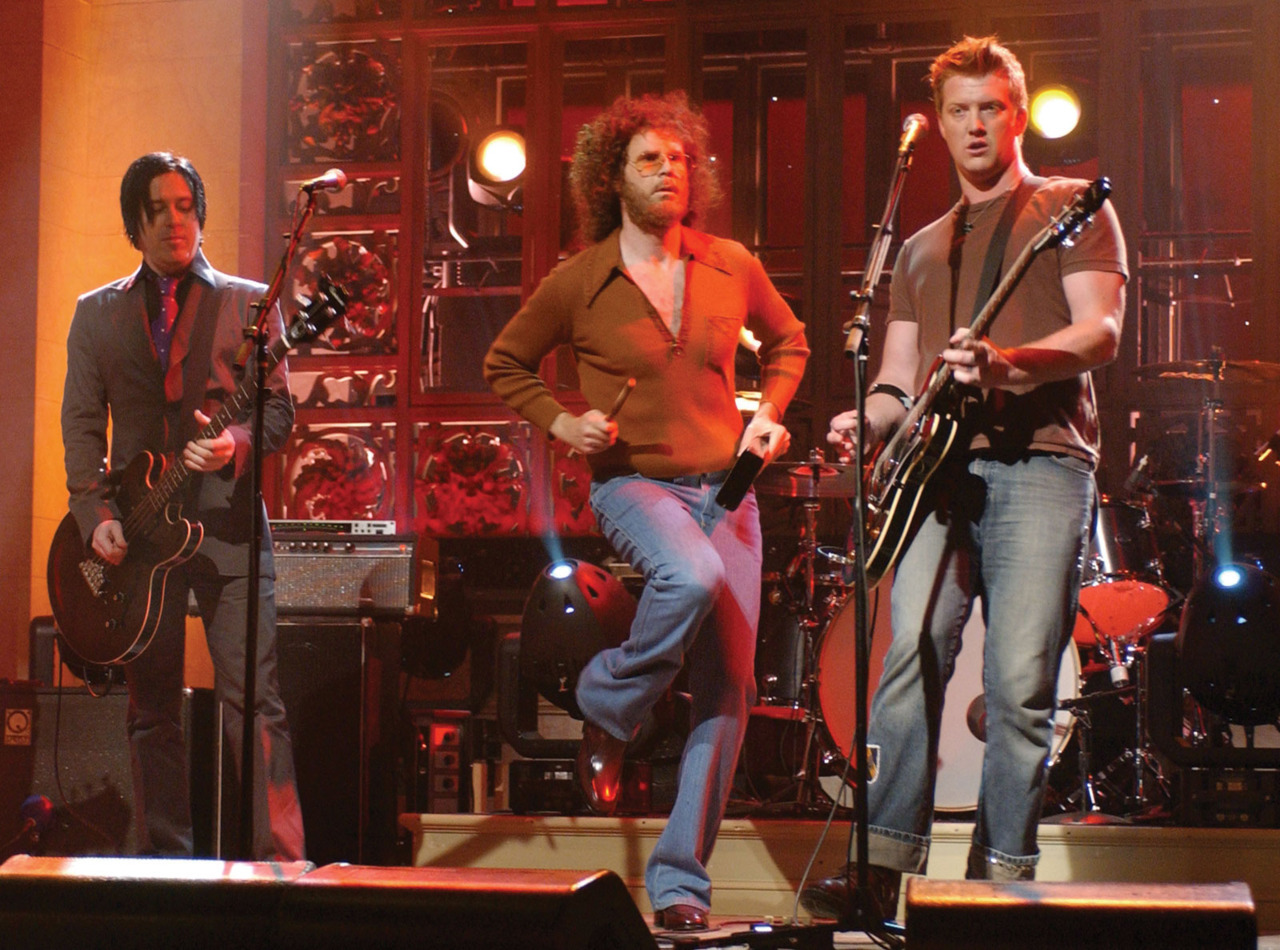 Lullabies To Paralyze was released at the height of Queens of the Stone Age’s powers and popularity. Coming off the back of the cultural phenomenon that was Songs For The Deaf, the album couldn’t have had a better set up for being the record that pushed QOTSA over the top—taking them from being that well-respected, cult alternative act with that one album with those few big songs to being one of the greatest rock bands of, not just our generation, but of all time as well. Unfortunately, Lullabies to Paralyze was met with moderate enthusiasm, and has generally become considered a disappointment; one which set the band on a path toward mild obscurity and diminishing returns, until they found their footing once again with the more tepid (and perhaps almost indie) rock tones of …Like Clockwork. Yet, it remains somewhat baffling as to exactly why Lullabies to Paralyze never wound up being that record; and in a just world it would have been.

Lullabies to Paralyze takes the laid back, post-Kyuss, desert rock aesthetic of Queens of the Stone Age’s debut and merges it with the more-direct, hard rock sensibilities of Songs For The Deaf. If that sounds like a winning combination, its because it is! Whereas, its predecessor pertained to being the sonic representation of a darkly-psychedelic drive through the desert, Lullabies actually pulls it off. From the haunting opening of ‘This Lullaby’ (voiced by Screaming Trees’ Mark Lanegan), the album takes you on a dark, psychological journey, riddled with addiction and paranoia; and packed with numerous guest spots from the likes of ZZ Top’s Billy Gibbons, Kyuss producers Chris Goss and Joe Barresi, Garbage’s Shirley Manson, The Distillers’ Brodie Dalle, Jack Black, Eagles Of Death Metal, A Perfect Circle / The Vandals drummer, Josh Freese, and more.

While an overstuffed guest-roster is usually the sign of an exercise in ill-thought-out self-indulgence, each of Lullabies to Paralyze’s numerous cameos are perfectly utilised—often resulting in some of the best songs in QOTSA’s ample catalogue. Gibbons’ fuzzed-out solo and husky backing vocals on ‘Burn The Witch’ effortlessly evoke the darker edge Songs For The Deaf so obviously strived to achieve, while Manson and Dalle’s husky additions to ‘You’ve Got A Killer Scene There, Man…’ round the album out in a surprisingly sensual fashion. Ex-Failure/A Perfect Circle guitarist, Troy Van Leeuween—who would go on to become the quintessential Queens Of The Stone Age collaborator—also makes his first appearance here, and wastes no time leaving a considerable impression. Most notable is his bass work, which is the most prominent of any Queens Of The Stone Age Record, and even eclipses that of famed, bass-personality Nick Oliveri, who preceded him.

Lullabies to Paralyze is also the most consistent of the band’s records. While Songs For The Deaf is packed full of quality songs, the majority of its track list can’t help but be overshadowed by songs like ‘Millionaire’, ‘Go With The Flow’ and the inexplicably popular ‘No One Knows’—especially when it comes to the record’s rather less-exciting later half. While there’s nothing quite as spectacularly confronting as ‘Millionaire’ or ‘Song For The Dead’ on Lullabies, the record’s first half is packed full of all the best, and most-concise hard rock numbers Queens of the Stone Age ever produced, before evolving into something entirely different with the surprisingly sullen and undeniably emotive ‘I Never Came’. Beyond that we are treated to two of the band’s most compelling and ambitious numbers, in ‘Someone’s In The Wolf’ and ‘This Blood Is Love’, which don’t so much ‘entirely run out of steam about halfway through’ (as Mark argued in our album ranking) as they remain transfixing throughout, and build to memorable and cathartic conclusions.

To some extent, Lullabies to Paralyze replicates the formula of Songs for the Deaf, but it also expands and improves upon that template and displays a personality all of its own. To consider it “bland” or as “too much of the same” is to completely overlook the many layers and intricacies it clearly contains. Perhaps the reason Lullabies To Paralyze is so often misunderstood is because of the concise and seemingly-effortless manner it manages to blend its many, formidable elements into a consistent, presentable whole—whereas Rated R and Songs For The Deaf made a point of blatantly showcasing their diversity. Queens Of The Stone Age are very much a hard rock band on this record and, as such, fans of more alternative/indie-inclined efforts like Rated R and …Like Clockwork might simply be destined never to gel with it from the outset.

There’s certainly something to be said for aging gracefully and evolving; both as an artist and as a human being—and both Homme and the Queens appear to be in a bad way if you check any of the footage from the time. However, musically, Josh Homme was always at his best when he was hanging out in the desert with dudes from ZZ Top, plugging his guitar into a bass amp, and writing some god-damned rock n’ roll—and Lullabies To Paralyze is the pinnacle of that iteration of Queens Of the Stone Age. Give it another listen!

Joshua Bulleid lives in Melbourne and enjoys reading books with spaceships and robots in them. He also likes death metal.

View all posts by Joshua Bulleid

QOTSA are hitting the studio soon to pump out their 7th record, so we've revisited their impressive catalogue because why wouldn't you.

16 Bands That Peaked With Their Debut Album

Why sprint at the start of a marathon? Maybe because you're so goddamn excited...