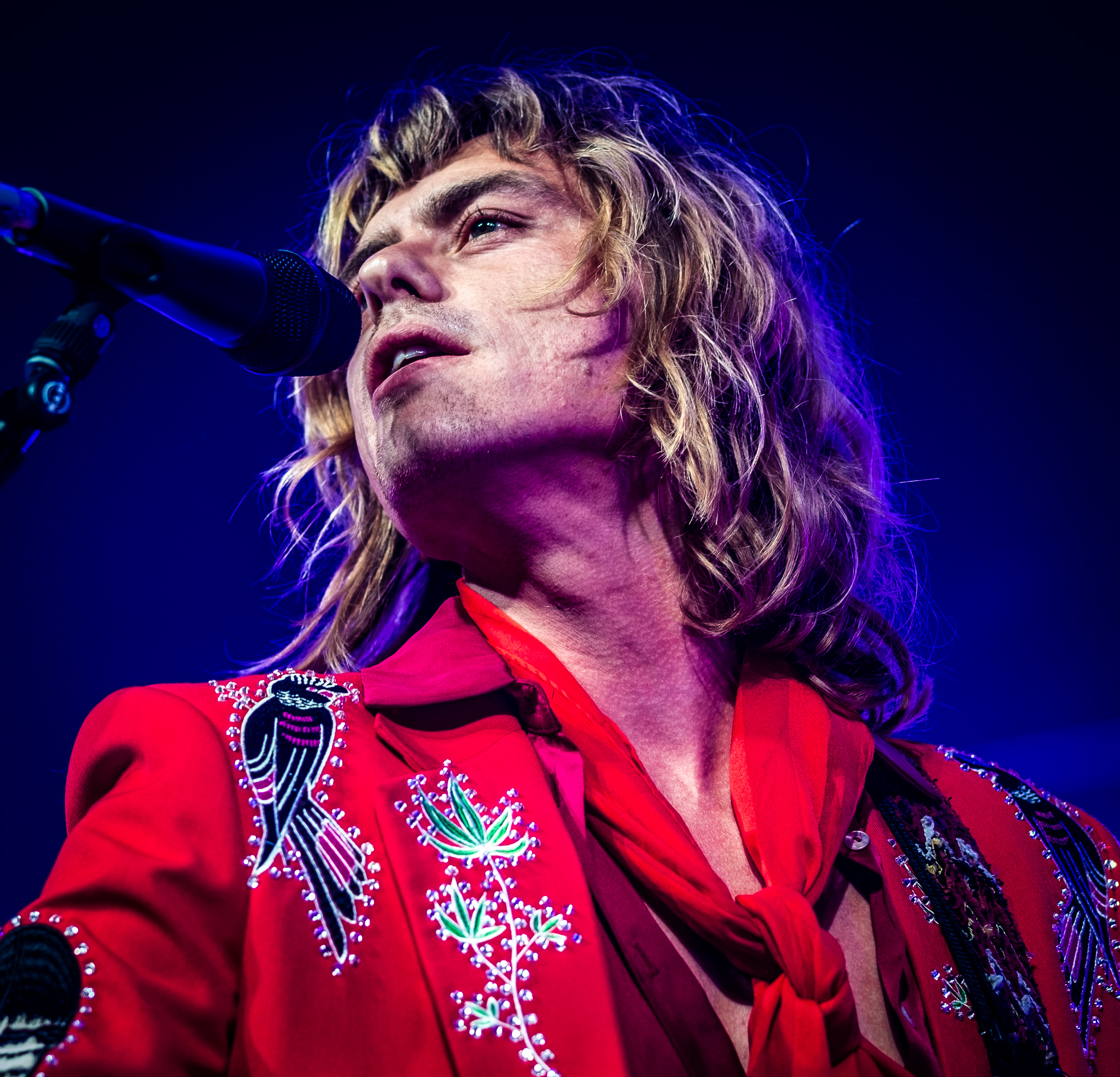 Lime Cordiale at the Hordern Pavilion

A huge headline show from the most stylish surf rock band on the planet.
By
Marjie Saunders
Hordern Pavilion

It starts with a flash of neon pink light from the stage. And then another and another, one after the other each of the band members from Lime Cordiale’s silhouettes light-up backdrop and you know you’re in for a big production tonight at the Horden.

The energy in the room is ecstatic as the band members walk on stage and strike a pose in some amazing personalised and colourful suits. You can tell the thought and curation that has gone into their set for this tour, with a white multi-levelled stage, rolling stage lights and large bright LED screens as the backdrop - it’s bringing all the nostalgic vibes and looks like it was taken straight out of an 80’s club. The band start their set with ‘On Our Own’, as lead vocalist, Loius Liembach blows some kisses and thanks the crowd for being here tonight.

Their next song ‘Naturally’ follows as Felix Borholdt on the keyboard and Nicholas Polovineo on Trombone and Guitar start clapping along. Supporting band members on stage rocking a saxophone and a trumpet brings a big band element and extra flair to Lime Cordiale’s set. ‘Addicted to Sunshine’ plays next as the LEDs are flooded with images of sunflowers. Good vibes ensued as Oliver and Louis share candid banter and everyone in the crowd is waving from side to side in unison.

The band follow with favourites like ‘Dirt Cheap’ and ‘Reality Check Please’ as the crowd cheers and whistles. Everyone is on their feet and dancing as their hit ‘Money’ starts to play. Oliver and Louis show off their musicianship by swapping their guitars for a clarinet and trumpet in this song. James Jennings on drums let’s rip into a lengthy drums solo before the band launch into a transitional country western jamboree. It took me a minute before I realised they were playing a rendition of ‘Ghost Riders in the Sky: A Cowboy Legend’ by Stan Jones. You can tell Oliver, Louis and the band are having lots of fun as yeehaw’s and giddy up’s are yelled now and then while they play.

Their songs ‘Screw Loose’, ‘Facts of Life’ and ‘Is He Your Man’ follow. Louis takes the mic from the stand and for the first time, tonight leaves the stage to interact with the crowd. Jumping down onto the barrier into a sea of iPhones and excited fans he sings to the front row. A fantastic trumpet solo provides a slower melancholy break from the classic Lime Cordiale care-free vibes, before James on drums add a backbeat and becomes dancey as it transitions into the band’s 10th song for the evening ‘Hanging Upside Down’.

The crowd gets very animated as everyone is singing along to the chorus of ‘Ticks Me Off’. Manic laughter escapes from Oliver before he and Louis start monologuing in Swedish/German accents. It’s a bizarre but jovial moment that revs up the crowd. They follow on with ‘No Plans To Make Plans’ and ‘Temper Temper’ before playing their Triple J Like A Version cover of Divinyl's ‘I Touch Myself’.

The band temporarily leave the stage as if they’ve played their whole set before Idris Elba’s voice comes over the speakers of him inviting them back on stage to play songs from the Cordi Elba album. I think everyone in the crowd greatly appreciated the recording of him saying “We’re not here to fuck spiders!”. They play my favourite ‘Apple Crumble’, which leads Felix Bornholdt into a fantastic keyboard solo.

People in the crowd jump onto each other's shoulders as ‘Robbery’ plays. Everyone is dancing and blissfully dancing away when suddenly, tragedy strikes! The music and stage lights cut out. Everyone was a bit dazed and confused as the band were not expecting that. The crowd continues to sing the rest of 'robbery' without the music while clapping and cheering. The stage lights return as the band chats to the backstage hands, the crowd still entertaining themselves as they start to sing DJ Ötzi’s Hey Baby (If You’ll Be My Girl) from the early 2000s. After a few minutes, the band come back on stage. “Never ever try to record and film a set everything just goes fuckin' wrong,” Oliver says, while laughing.

They finish off the last verse of ‘Robbery’ before ending the night with their song ‘Inappropriate Behaviour’ Good vibes are reinstated as everyone continues cheering and waving side to side. From start to finish Lime Cordiale’s set is full of dreamy summer tunes and singalongs that anyone old or new to their music can get behind.

Full recorded live show of Lime Cordiale '14 Steps To a Better You' tour at the Horden Pavilion, Sydney.

Stream our World Stage Project live from the comfort of your own home.

Download the Moshcam App now to enjoy our full back catalogue and all the shows we've recorded this year, including Teenage Dads, Ocean Alley, The Jungle Giants, Sycco, Andy Golledge Band, Even, Dulcie and so many more! 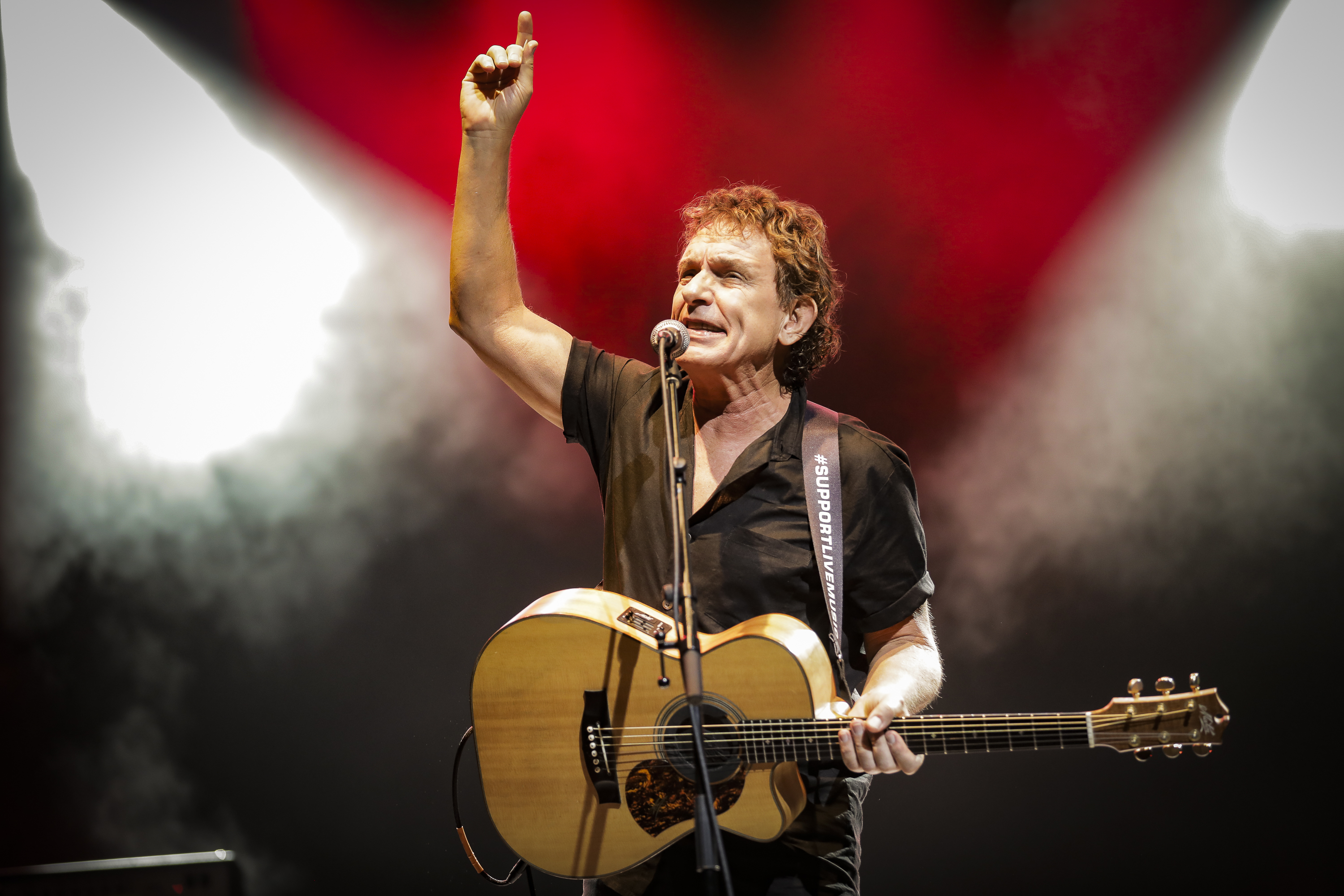 Sounds of Sydney at the Enmore
A celebration of local talent as live music returns to the Inner West.
Josh Groom 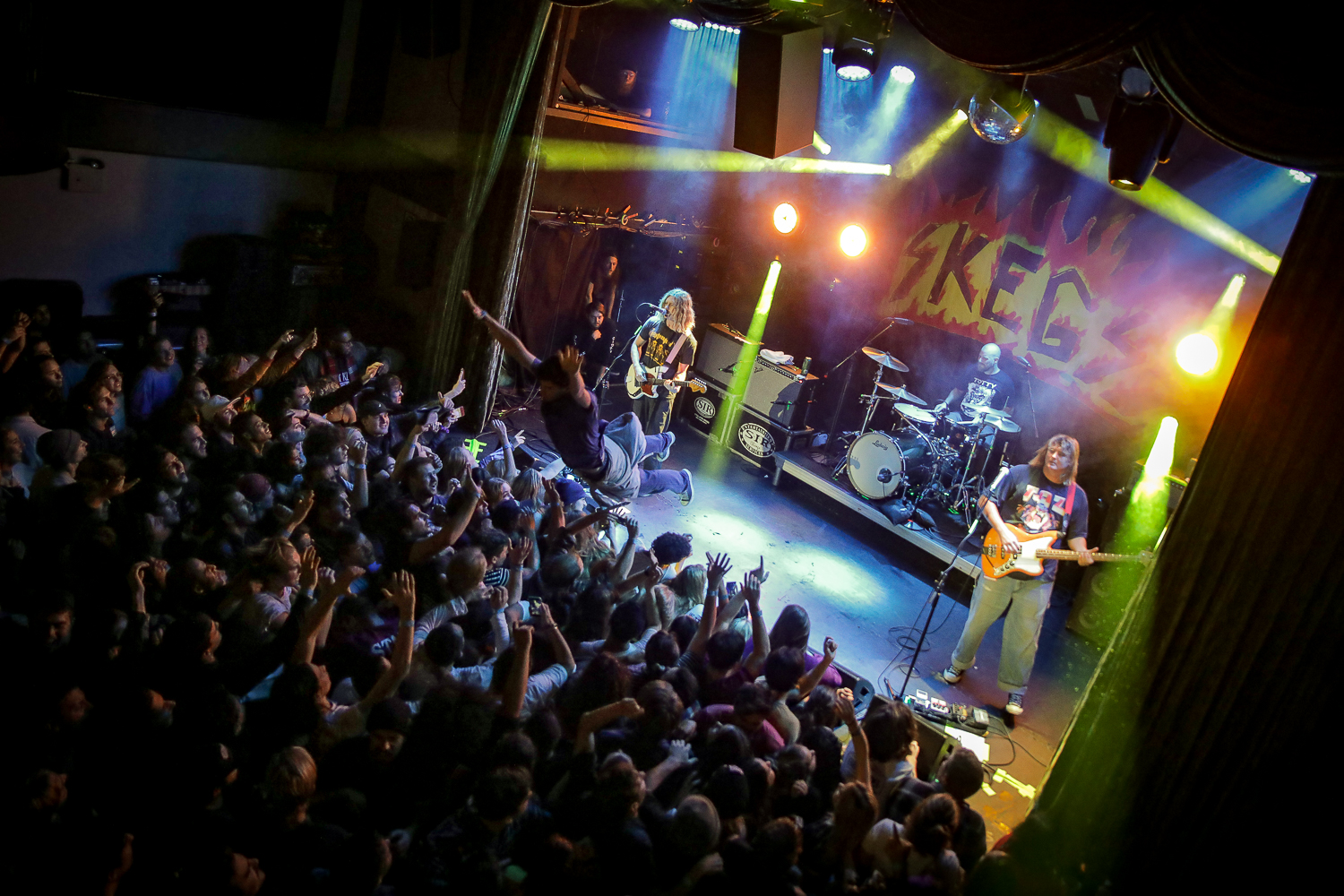 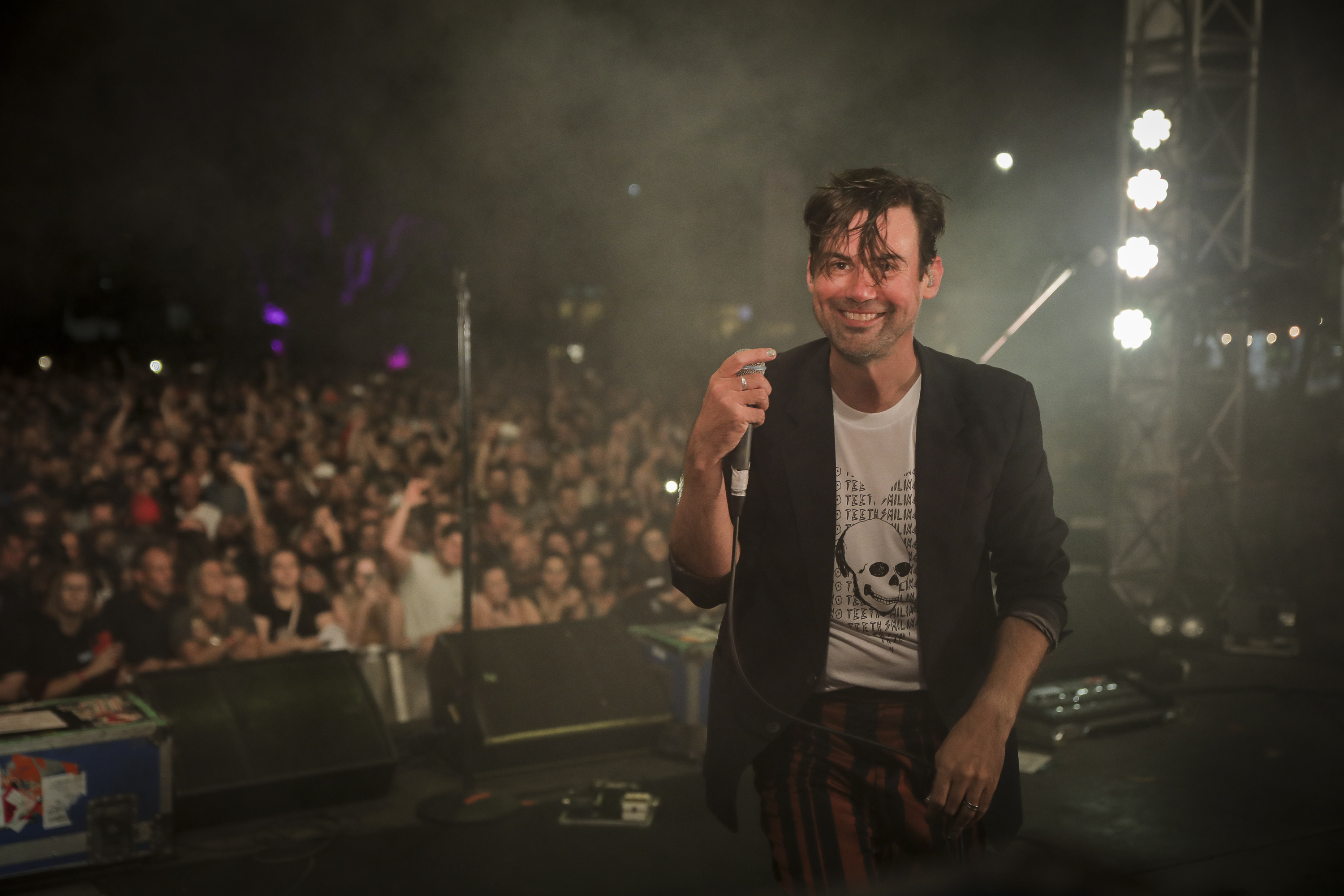