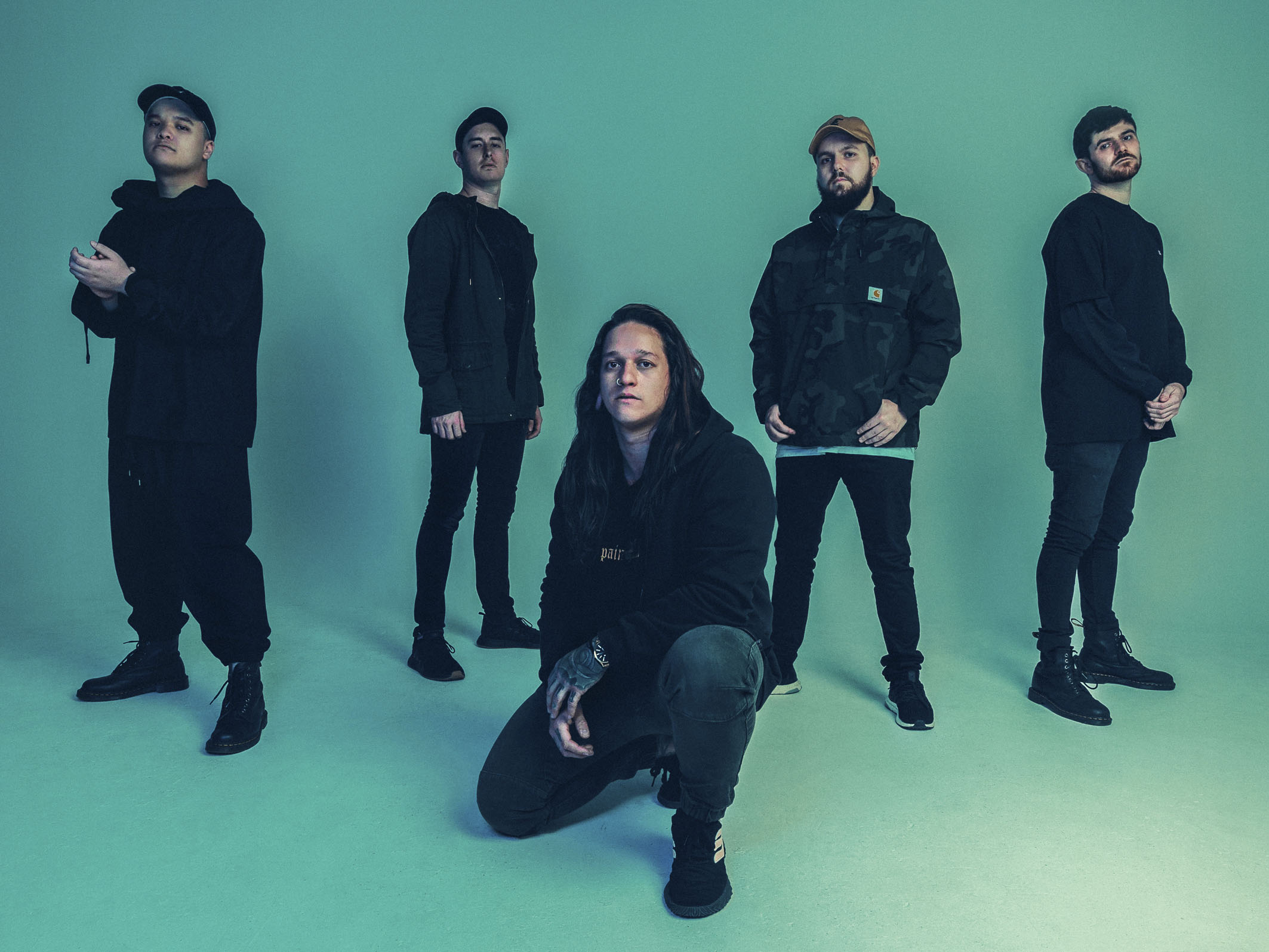 Like any other band, the Aussie pole stars have had their fair share of hard-won success
By
Damien Stacey

Humble Beginnings of Polaris - Who Are They?

The brightest star in Ursa Minor, which goes by many names: the ship star, North star, pole star, or simply Polaris, was - and is still - used for navigation at sea. It doesn't take much to see why the current Sydney metalcore quintet, blazing brightly in our scene, is named after it.

Theirs is a sound steeped in dynamism and a fleshed-out love for diverse sounds that have come before. They are the new flag-bearers for Australian metalcore.

In just a few years, the Sydney quintet has progressed from performing in the modest bandroom at Wrangler Studios to taking to the stage for a festival-style headliner concert in front of 2,000 fans at Reunion Park.

Like any other band, the Aussie pole stars have had their fair share of hard-won success from the start. This blog article examines the history of the Australian band Polaris, how they came to be named after the northern star, and other interesting details about the band and its members.

How Did the Polaris Band Start (and Evolve)?

Polaris is an Australian metalcore band that merges the best of post-rock, progressive metal, and electronicore elements into its relentless and expansive sound. Polaris debuted in 2017 with the critically praised Mortal Coil, which garnered the band an ARIA nomination.

Since then, they've been one of the bright stars in the northern sky of Aussie metalcore. Here's how it all began:

It Was Love at First Sight

Polaris was born in 2012 when drummer Daniel Furnari and guitarist Jake Steinhauser met during a high school battle of the bands.

The duo instantly discovered a shared love of metal and alternative music. Through mutual friends and word of mouth, they recruited guitarist Rick Schneider and vocalist Jamie Hails.

Later on, they brought in Jake's brother, Matt Steinhauser, to handle bass duties. James West on synth/keys completed the lineup. The six-man band was set to take over the world.

In early 2012, the band started to work on music together, creating their first single, Summit, as well as the bulk of the Dichotomy EP. Later that year, Polaris announced the departures of both Matt Steinhauser and West.

As the band moved toward a more progressive sound, guitarist Jake switched to bass to concentrate on his singing.

Now there was a vacancy in the lineup that needed to be filled straight away. In order to find a new guitarist, they began arranging public auditions. At the end of the auditions, 15-year-old Ryan Siew was named as the band's new guitarist on November 18, 2013, setting up the quintet as we know them today.

Shortly after joining the band, Dichotomy EP was independently released on November 29, 2013 (produced by Will Putney and marketed through self-distribution).

The Long, Hard Climb to Success

The first three years were a hard climb, as the band went on two performance tours throughout Australia. They were the opening act for djent band Northlane at the Free Your Mind Festival.

They dropped their second EP, The Guilt and the Grief, at the end of January 2016, with Northlane singer Marcus Bridge as a guest vocalist.

The EP was self-distributed once again. Yet, it managed to clinch number 34th position on the Australian album charts, where it remained for a week.

Later on, Resist Records signed Polaris and reissued their EP, The Guilt and the Grief, on vinyl. They were also signed by SharpTone Records for the international market in 2017.

In November of the same year, Polaris released The Mortal Coil, which was produced by Grant McFarland and Carson Wentz. The Mortal Coil was nominated for an ARIA Award for Best Hard Rock/Rock/Heavy Metal Album in 2018.

Influences on the Polaris' Sound

The quintet acknowledges that they take a lot of inspiration from a few of the more recent versions of the genre, as well as bands from their own genre like Northlane, who have made an impact on Australian metalcore.

At the same time, there's a strong influence from bands like Architects and Parkway Drive, which have been a part of what the five-man act has enjoyed since its inception.

Their music has been described as a melodic variant of metalcore with djent undertones. It's no surprise that Polaris has been likened to Architects and Northlane. Jamie Hails' vocals are perceived as incredibly emotive, which appeals to post-hardcore enthusiasts.

The vocals, like those of most other exponents of the musical style, alternate between screaming and emotive singing.

How Did the Polaris Band Get its Name

Where it concerns band names, you must do it correctly because it will follow you for life. So when it's time to pick a name, band members are tasked with looking inwards to fetch something unique from their shared history.

For Polaris, no one truly knows exactly how Daniel Furnari and Jake Steinhauser came up with a name that describes the Polar star, but one thing is certain; these boys are here to outshine all the stars in the Metalcore genre.

Where is Polaris Band From?

Members of the Polaris all have Australian blood running through their veins. The band proudly hails from Sydney, Australia.

Who Are The Members Of Polaris Band?

The band's current members are:

What Makes a Band Metalcore

The genre, Metalcore, first appeared in the early 1990s and grew in popularity in the mid-late 1990s. Bands like Integrity and Earth Crisis were the forerunners and achieved breakthrough success in the 1990s.

Metalcore is distinguished by a combination of metallic drumming, guitar, and throatier vocals, as well as a frenzied and compressed hardcore punk song structure.

Because different eras and bands incorporated these aspects in unique and evolving ways, different generations and subcultures will provide definitions and examples that may conflict with or contradict one another.

And so, there is no one-size-fits-all definition for describing what makes a metalcore band.

The Future for Polaris

This champion star band currently has tickets on sale for their upcoming shows.

This year, they have toured the continents of Australia and North America. With 21 shows spanning the Asian and European shores, we definitely sense that the future of Polaris, like their name, is indeed bright. 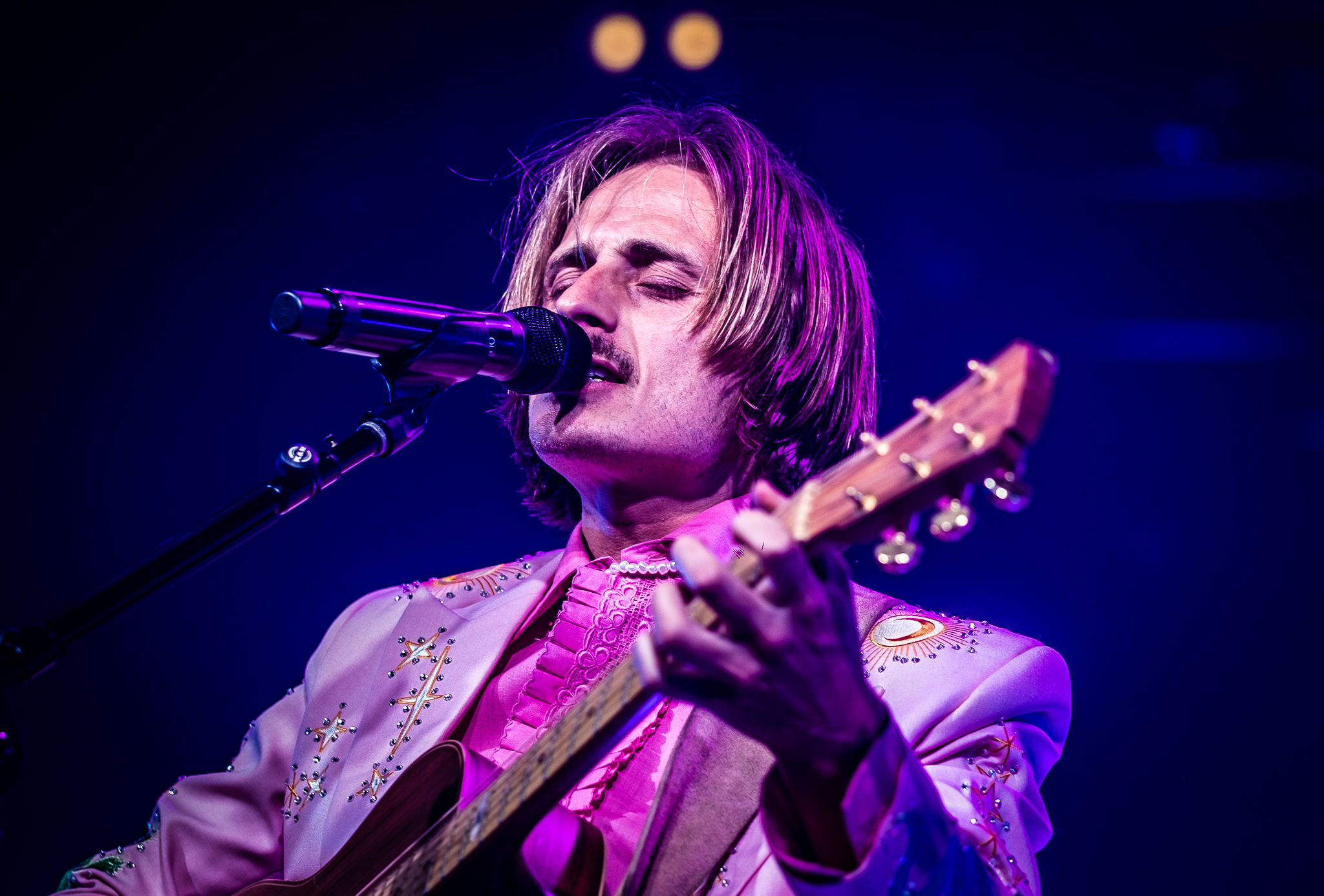 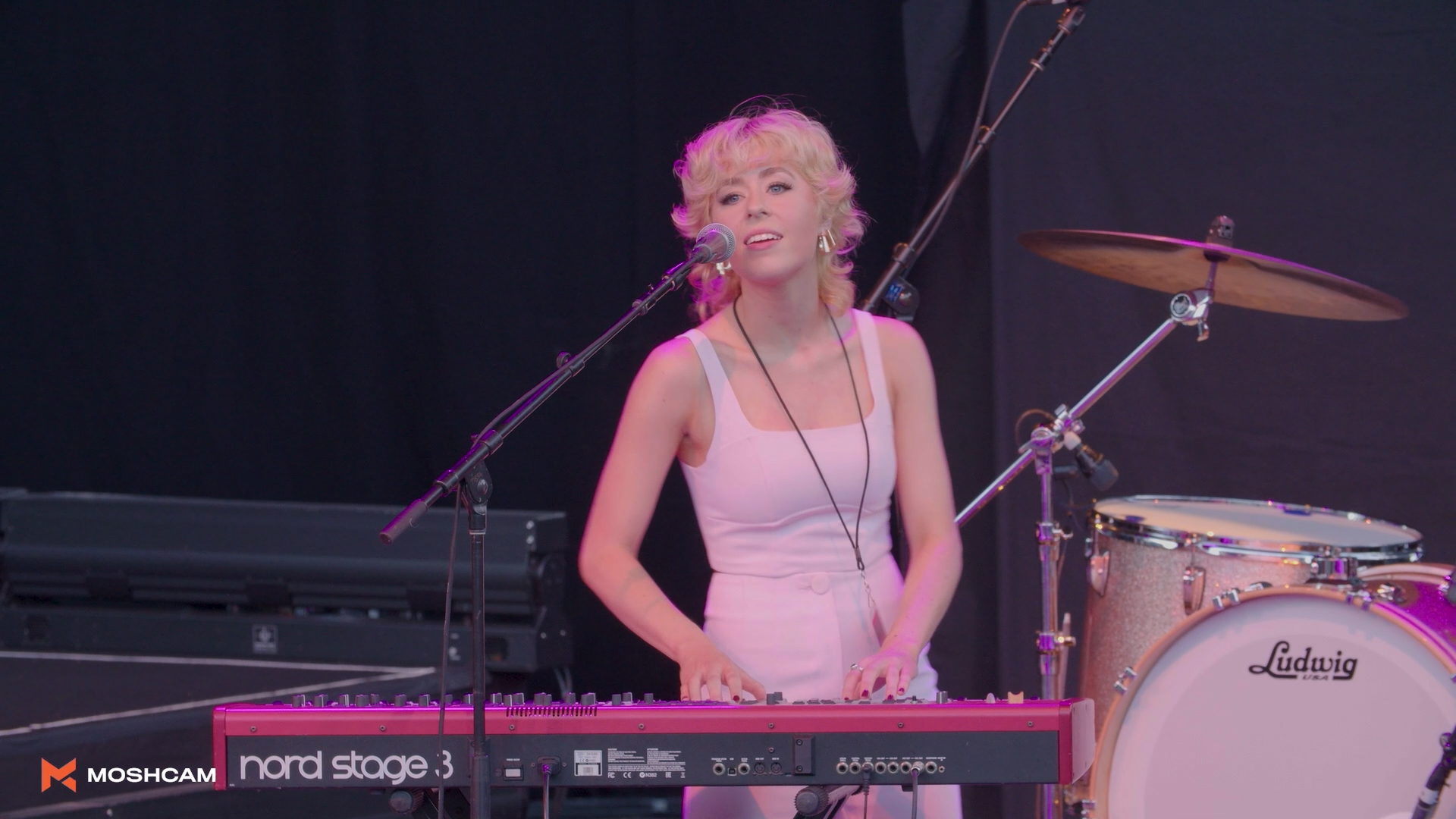 Chatting with Lead Vocalist and Keyboardist Ashleigh Carr-White from DULCIE
In conversation with the subject of of latest concert film.
Marjie Saunders 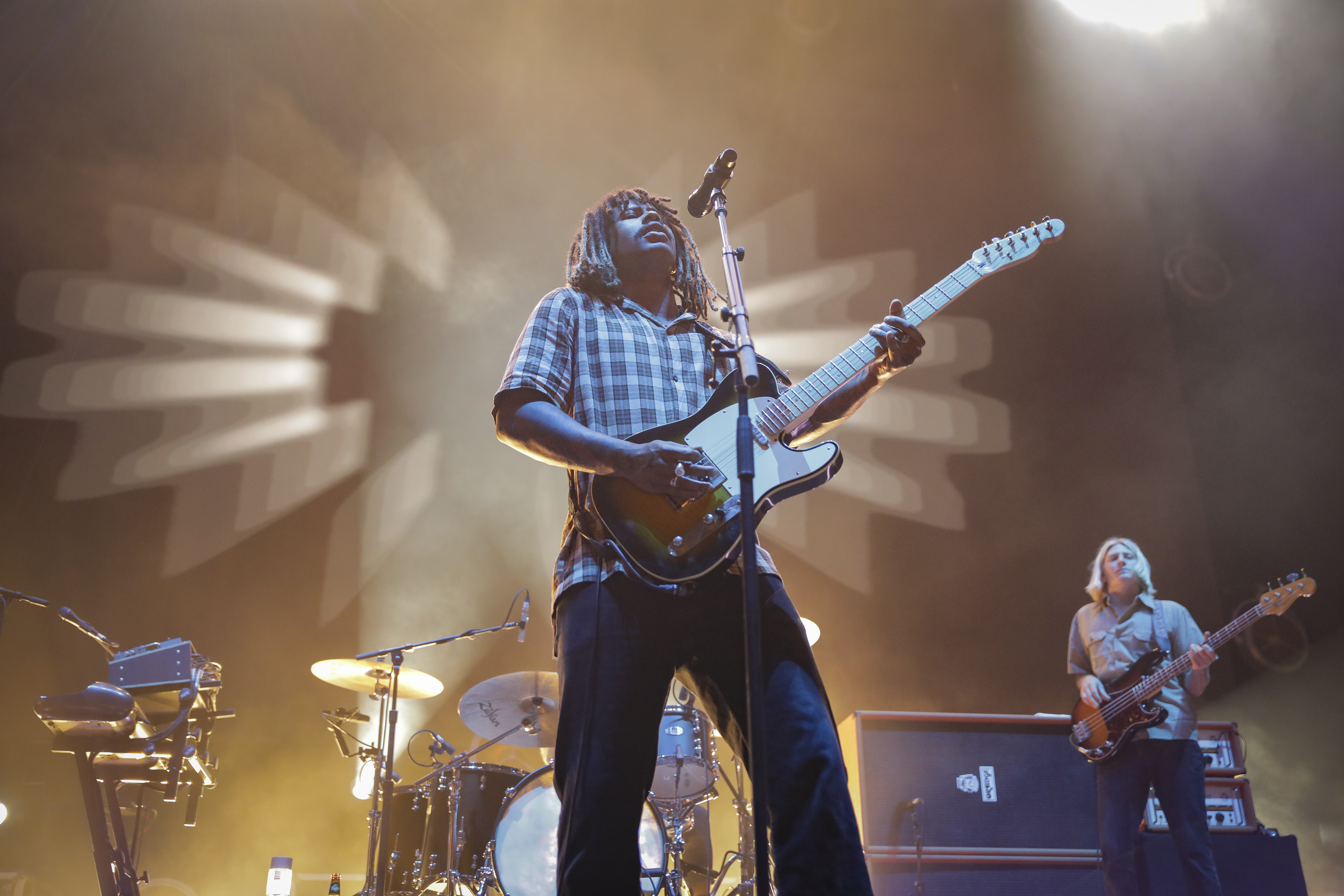